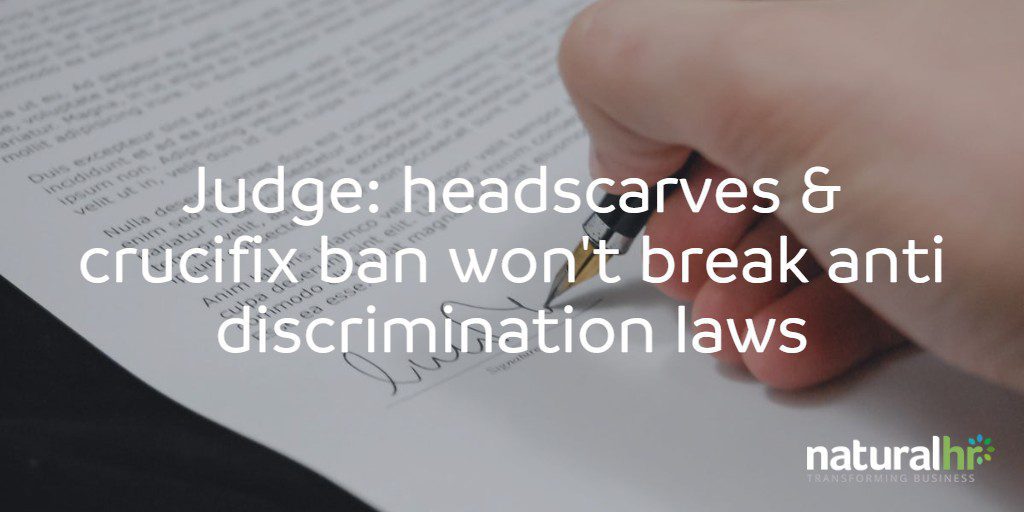 Employers can stop staff from wearing religious clothing such as headscarves and crucifixes according to one of the European Union’s highest-ranking legal advisors.

It’s been argued that the security company, G4S, did not break any EU anti-discrimination laws when it fired a Muslim receptionist in Belgium who wanted to cover her head.

Juliane Kokott is arguably one the most important legal figures in the EU and she said as long as this rule applies to all faiths equally, it is not discriminatory to ask staff not to wear any religious attire at work.

This goes against a previous ruling in 2013, which was in favour of a British Airways member of staff who won the right to wear a crucifix at work.

Ms Kokott said that the security firm was in the right to dismiss the Belgian worker as she was “flouting” her religion in the face of others, that “there is nothing in the present case to indicate that the individual was ‘treated less favourably’” and that no anti-discrimination laws were broken.

She said: “while an employee cannot ‘leave’ their sex, skin colour, ethnicity, sexual orientation, age or disability ‘at the door’ upon entering his employer’s premises, he may be expected to moderate the exercise of his religion in the workplace”.

The comments have been met with strong criticism from various religious groups who believe that banning religious clothing from work is a form of discrimination. They have also argued that encourages an unhealthy amount of integration regarding religion in the workplace.

Guide to understanding a probation period