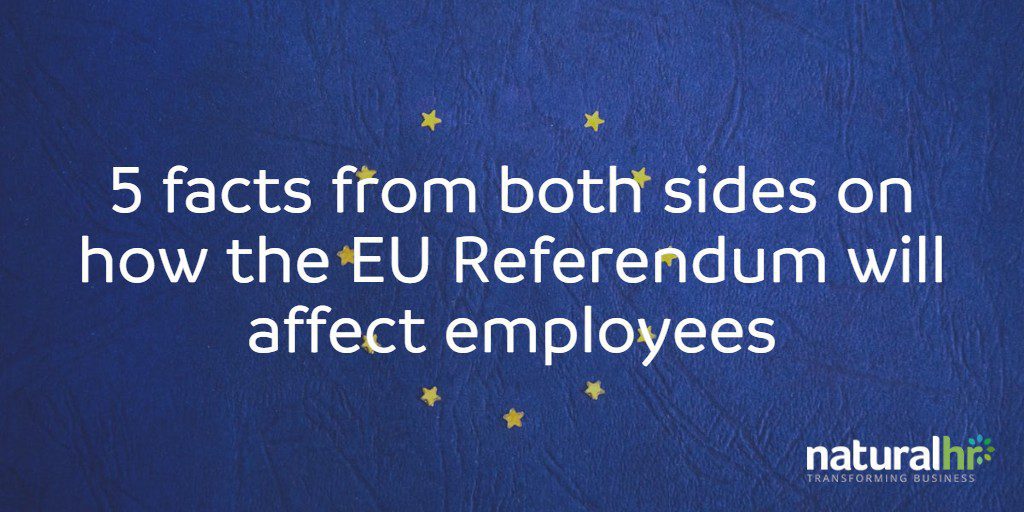 Unless you’ve been living under a rock for the past few months, it’s been pretty hard to avoid seeing some sort of news or opinion on the upcoming EU referendum on June 23rd. Polls suggest that a lot of the UK has still not made up their mind regarding the vote and feel that they are subjected to bias scare tactics and propaganda from both sides. Here are facts from both campaigns on how the upcoming referendum will affect employees.

Whatever the result is, there is one thing that is guaranteed – the political landscape in the UK will be completely changed by this vote. Make sure you use your vote.