The pros and cons of recruiting internally

There’s nothing quite like the story of the rise from lowly-paid shop floor employee to all-conquering member of the board room – particularly when it’s the result of sheer, dogged determination and hard work.

Promoting from within is one of the most satisfying things any business can do. It’s by far the best way to recognise the staff members who go above and beyond and sets a standard that proves to the rest of the company the benefits of looking beyond one’s core responsibilities.

It isn’t always that simple, though. For every internal recruitment success story, there’s one that ends in tears. Promote the wrong person, and you may be inadvertently signing off their P45 as they struggle to adapt to the new role and find no way back to where they were previously.

For that reason, recruiting internally isn’t always the best course of action. External recruitment remains a vitally important tactic, but how do you know when to instead look closer to home?

In this post, we’re going to consider the main pros and cons of promoting people from within the four walls of the business. Before you decide to interview, make sure you take every single one into account; this is a decision you don’t want to get wrong.

The advantages of recruiting internally

Think you’ve spotted a rising, shining star within the organisation who is clearly destined for better things? Here’s why giving them a brand new role could be the best thing you ever do:

If you give someone the opportunity to move beyond their current job role, others will notice.

At first, this might cause consternation within the ranks as people try and work out why they weren’t considered, but that will soon pass. The more aspirational within the company will come to realise that they could indeed be given the same opportunity – if they work for it.

Prove to the workforce that they can move sideways within the organisation by recruiting internally. Those who are successful will likely extol the virtues of their hard work, too.

2. The induction process is easier (for everyone)

If you recruit externally, the new member of staff will not only have to get used to their responsibilities but also the culture of the business and it’s intricacies.

The people that already work for the business know the HR procedures, have built relations with their colleagues and – perhaps most importantly – know where the kettle is.

As important as inductions are, they take up valuable time for everyone involved, which is why internal recruitment is often favoured.

3. They know the rules

Besides the induction process, brand new staff members take time to learn the rules of an organisation. That means mistakes during the early days are commonplace and they can often lead to disquiet within the ranks.

Existing employees know the rules. They understand the culture of the organisation and it’s regulations. That means they can get straight down to business without fear of inadvertently messing up.

Employees who have been with the company for a significant period of time will have built friendships within the organisation, and if they’re selected to change roles, their mates will spend more time congratulating them than exhibiting signs of jealousy.

Good news spreads like wildfire in business, and tales of a colleague’s success should offer a significant boost to overall morale.

Successful businesses know how to tell great stories, and one of the most satisfying is that of the rise of an employee from within the ranks.

Such stories are useful during recruitment phases (who wouldn’t want to join a company that offers opportunities like that?) but also when describing the business to potential customers.

If you can tell the story of how someone rose from the role of cleaner to member of the board, potential customers will single your organisation out as being people-focussed and about more than just profit margins.

The disadvantages of recruiting internally

Unsure whether or not to offer a significant promotion or change of roles to someone within the business? Then, tread with caution and consider the following disadvantages you may encounter before making any decisions:

1. There may be a lack of fresh perspective

There’s nothing quite like bringing a complete outsider into the team. They spot missed opportunities and highlight areas in need of improvement, and they can do so because they’re completely fresh.

If you recruit from within, there’s a chance old values may persist. Even with a significant change of role, the “we’ve always done it this way” mentality could prove problematic from a cultural perspective.

If more than one person was vying for the role in question, those that aren’t successful may decide to look elsewhere for work.

This is unavoidable and there’s little you can do to persuade such people to stay. When recruiting internally, you inevitably put the job satisfaction of others at risk.

3. The employee may be singled out

‘Teacher’s pet’ is a horrible term that’s used most often during our school days, but it’s sometimes resurrected within the workplace by a select few if you decide to recruit internally.

You know that the right person has been picked for the right reasons, but others may not see it that way. Favouritism could be cited as the reason for the change of role and, if that happens, the employee in question may be in for something of a torrid time.

If that person is strong enough to contend with and counter such negativity from their colleagues, there’s a chance it will work, but would you really want to put someone through that?

4. The number of applicants could be limited

By not casting your net far and wide for new employees, the number from which you can hire may be limited.

There are only so many people within your business, after all, and if just one or two people express an interest in a role, you need to ask a rather tough question. By neglecting the outside world, are you potentially opting for second best?

Just because someone is displaying all the qualities you need for a new role doesn’t mean they won’t need some form of training or qualifying in order to make a success of it.

When recruiting externally, you can list the specific qualifications, experience and attributes you require. The likelihood of finding someone with all of those qualities in-house is unfortunately rather low when compared to candidates on the job market.

Before you decide to offer a sideways promotion for someone within the organisation, carefully consider all of the points above. If just one of the downsides we’ve listed plays on your mind, speak to the employee in question. How do they feel about it? Do they share your concern?

If internal recruitment turns out to be the best way forward – enjoy it, because it’s one of the most satisfying ways to build a successful business. 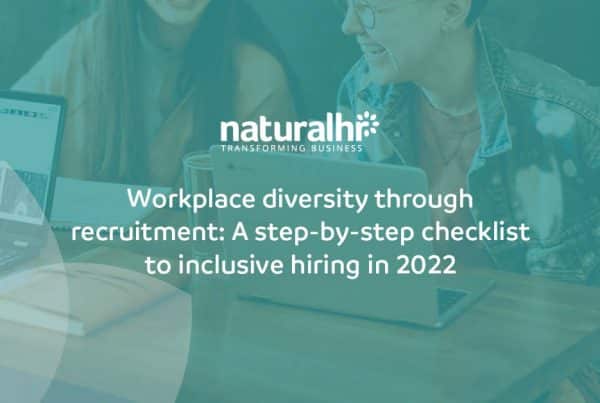 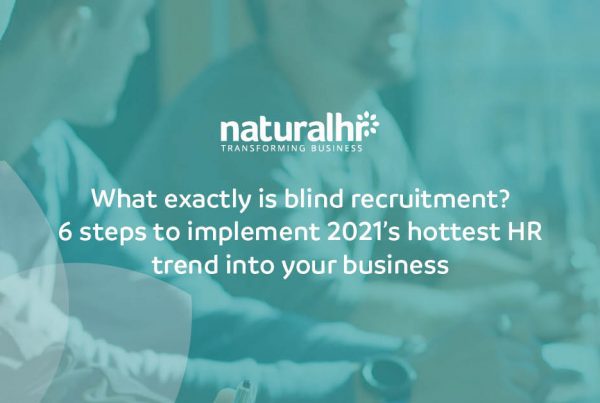 What exactly is blind recruitment? 6 steps to implement 2021’s hottest HR trend into your business 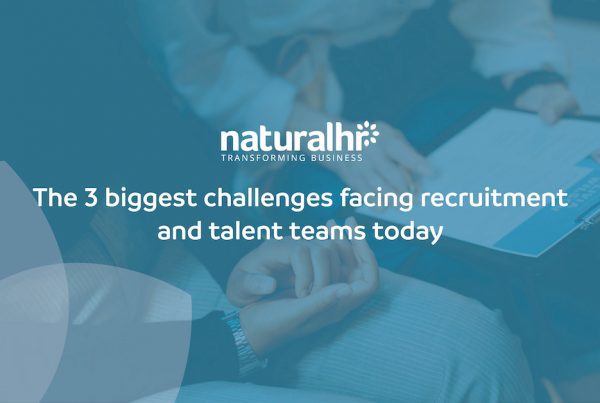