Absenteeism in the workplace is a perennial problem and one which many managers and HR departments struggle to deal with.

The reason is simple; when a particular employee appears to be taking liberties with sick leave, the resulting discussions can be rather uncomfortable and tricky to approach. What if they are, in fact, genuinely suffering from a reoccurring illness? What if, as you suspect, they’re taking extended periods of time away from work under the pretence of being sick?

Raising issues with such employees is challenging. It requires a mix of authority and compassion that is hard to get right.

Getting it right is vital, though, because absenteeism in the workplace can damage productivity and create some very serious business problems. In the UK alone, over 130 million days are lost every year to sickness, equating to an annual £100 billion black hole in the economy.

Although sick leave is part and parcel of business, it is possible to reduce instances where employees become accustomed to taking time off under the pretence of being ill. It’s also vital that businesses recognise signs of genuine illness and do all they can to understand why they exist.

What follows is our five step guide to reducing absenteeism in the workplace.

Time for an honest answer to a tricky question.

Have you ever skived from work?

If you have, think about your reasons for doing so. Chances are, it will be either because you felt unduly stressed or lacking in terms of engagement with the business. You simply woke up one morning, considered the prospect of heading to the office and realised that you just didn’t want to.

“I didn’t want to come in” hides a much deeper problem. It may be an issue relating to poor relations with other employees but – and more likely – it is usually because the worker in question simply doesn’t have much of an emotional connection with the company.

If the business focuses on raising engagement levels among employees, it stands a far better chance of keeping time lost to sick leave to a minimum. Thankfully, if engagement is the issue, you needn’t rely on disciplinary measures to fix it – just a desire to create a culture that understands where the business is headed and the benefits that will be offered to all employees as it reaches each one of its goals.

As noted earlier, there may be genuine reasons your employees are failing to show up for work. If they really are sick, you need to check that the workplace itself isn’t the root cause.

By promoting a safe working environment and fostering a culture that puts the safety of the team before anything else, you’ll vastly reduce the chances of accidents taking place. However, you should also look for signs of undue stress and non-physical trauma that is leading to absenteeism.

Are people being put under too much pressure? Do certain managers have too many responsibilities? Are employees being given enough top-level support or are they being thrown in too deep?

A safe working environment extends far beyond physical hazards – make sure everyone appreciates the benefits of keeping stress levels and overworking to an absolute minimum.

3. Remember that ‘presenteeism’ can be just as damaging

Sticking with the theme of overworking and rising stress levels, it should always be remembered that ‘presenteeism’ (to coin a new phrase) can be just as damaging as absenteeism.

Most of us have, at some stage during our working lives, experienced the pain that goes with working too hard. Long days, early mornings and late nights spent working intensely on business tasks only ever result in raising our stress levels and making us unhappy. We’re also far less likely to be productive if we work longer than we strictly need to.

Speak to the teams within the business and try and ascertain whether or not certain individuals are spending too long in the confines of the business. This is another tricky scenario to tackle, because the willingness of such people to go above and beyond isn’t something you’d necessarily want to dilute. A considered approach is therefore vital if you are to avoid discouraging them and potentially losing that all-important emotional connection they clearly have with the company (see point 1).

When instances of presenteeism are discovered, take time to sit down with the employee in question. Start by thanking them for their incredible hard work and go on to offer further support. Explain that you’re concerned their overexertion might be damaging their health and that you want to ensure they don’t lose sight of what matters beyond the four walls of the business.

Such people are hard to pry away from the company, but if you can convince them to take a break and reduce the hours they’re putting in that are above and beyond, you’ll avoid running into more serious absenteeism issues on their behalf.

4. Look for signs of bullying or harassment

Perhaps the most unpalatable reason for workplace absenteeism is bullying or harassment. If a worker is being subjected to abuse of any kind, they’re likely to fall into the trap of failing to turn up for work in order to avoid it.

Some will speak up and seek help, but many won’t. It’s the latter you need to be proactive in seeking out. If someone is suffering within the workplace, it’s vital you find out the root cause. What follows will likely be disciplinary action against the person conducting the bullying, but handle it correctly, and the business as a whole will understand that such behaviour simply isn’t tolerated.

5. Consider whether your business is flexible enough

We’re now living in the age of the independent worker, and while the working habits of freelancers and micro businesses don’t necessarily work for every organisation, the ability to work more flexibly is something that the modern employee yearns for.

Thanks to huge advances in communication technology and web-based software applications, the need to work standard ‘9 to 5s’ has reduced considerably. Workers can be just as productive sat at home in front of their laptop as they are in a bustling office, and with overseas collaboration a vital part of many businesses in the modern age, the ability to shift working patterns to match those of remote partners is vital.

If you’re spotting common trends among the workforce relating to absenteeism, there may be something wider at play. Again, we must highlight the dangers of overworking, and if workers are choosing their own hours by working early mornings or late at night, their absenteeism during the day may – in a way that is admittedly hard to come to terms with – be justified.

By implementing more flexible working patterns and the ability for people to work remotely when required, you’ll enable employees to tend to their duties at the times they’re most likely to be productive. It will also allow people to undertake non work-related tasks that may fall within the traditional working day. And why shouldn’t they, if their productivity levels don’t suffer?

Flexible working isn’t for every business, and it may be that yours demands a more traditional approach, but if you can find ways to introduce increased levels of flexibility (no matter how minor), both engagement and productivity levels are likely to receive a welcome boost.

There are very few people who simply don’t want to come to work. Those that fall into that bracket won’t hang around for long, but the employees who want to be there but appear to do all they can to avoid being present simply need closer examination and closer support.

By using the tips in this blog post, you’ll stand a great chance of identifying the most common reasons that lie behind prolonged, regular absenteeism and stopping it before it results in lost productivity and fast-declining revenue.

Absence management and why it’s important 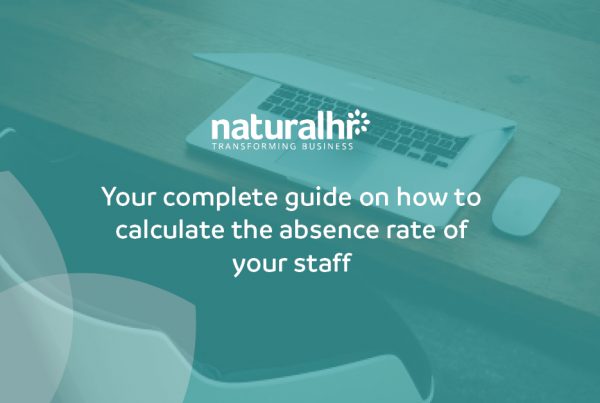 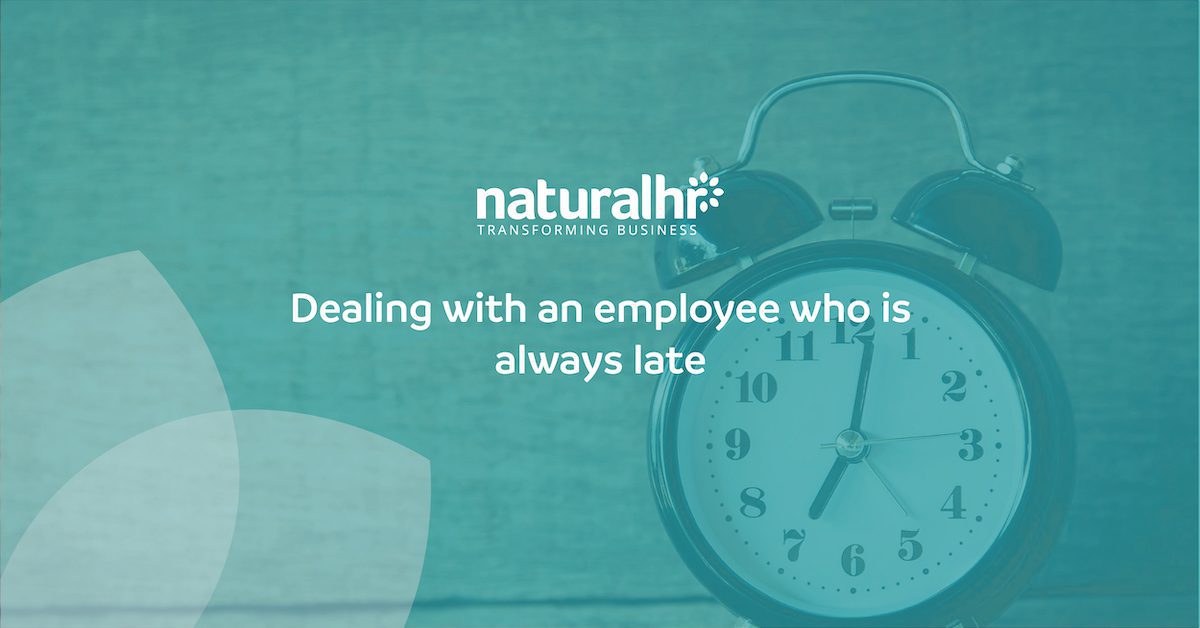 Dealing with an employee who is always late