Think back to when you were given a brilliant piece of feedback by your manager. It felt great, didn’t it?

Those pats on the back – no matter how big or seemingly insignificant – will always put a smile on the face of employees. Knowing that you’ve done a great job, impressed your manager and in some way contributed to the continued success of the business is a very nice thing indeed.

Now, think about the times you’ve received poor feedback. You’ll probably have reacted in one of two ways:

1. Angrily. The unfairness with which you’ve been ticked off and the level of embarrassment you feel from someone highlighting a failing on your part has made you think about nothing more than the need to find a new job – immediately.
2. Determinedly. You’re better than this. The person who provided the feedback was right – you shouldn’t have done it that way. It’s time to make changes.

It’s easy to think that the way in which you react to poor feedback is entirely down to you, but that couldn’t be further from the truth. It is nearly always, without question, down to the way in which it was delivered.

In our two examples above, you’ll have reacted angrily if the person offering the feedback did so inconsiderately or without any prior thought. If you reacted in a determined fashion, it’s because the person on the other end of the conversation correctly delivered the feedback; they treated you like a human.

Humans make mistakes, but they’re also capable of excelling themselves. And with that in mind, we’ve put together ten mistakes you’re likely making when delivering employee feedback.

Let’s start with the basics. No one reacts well to feedback that is delivered in a rant or with a raised voice.

Instead, lean on the tried-and-tested method of gentle but firm feedback. Remind the employee they play a vitally important role in the business and that you know they’re capable of better.

Anger doesn’t always manifest itself in shouting (see point 1). Sometimes, your displeasure can be evident in other ways, such as a permanent scowl or the use of certain language.

If you have to call in an employee in order to deliver some negative feedback about their performance, do so with a smile and welcoming tone. Don’t stare relentlessly at them or pepper the conversation with words such as ‘disappointed’, ‘rubbish’ or ‘angry’. Doing so will set a tone for the meeting that simply isn’t beneficial for anyone.

3. Doing it in front of others

If you’ve ever been subjected to a berating on behalf of your manager in front of the whole team, you’ll know how deeply embarrassing such an episode is. The room falls silent and the spotlight swings to you as everyone looks on.

Negative feedback should never be delivered in front of a crowd. Public humiliation just isn’t the way to get the best out of people.

Instead, always conduct such discussions in private or, if possible, away from the business entirely – take the person in question out for lunch and you’ll create a far more cohesive atmosphere for the discussion you’re about to have.

4. Forgetting to include the good bits

Poor feedback should always be joined by something positive. If you simply end a feedback session that has focussed entirely on the employee’s failings with nothing more than a “thanks for your time”, what impression will that leave?

Like anything in business, employee feedback needs to combine the challenges on the table alongside the good stuff. There will be something you can praise the employee for, no matter how deep you have to dig to find it. Make sure you give them a pat on the back at the end – they’ll need it.

5. Not celebrating success in public

So, we know negative feedback shouldn’t be delivered in front of a crowd, but what about when an employee gets it right?

If you spot an instance of success, don’t feel afraid to celebrate it with the rest of the team and highlight the employee responsible. This works brilliantly in general practice, but is particularly useful when the employee in question has previously received poor feedback. Clearly, they’ve listened and reacted in the best possible way, so shout from the rooftops about how fantastic they are!

6. Delivering every complaint in one go

Instances of poor employee performance need to be dealt with in real-time. It’s vital that you undertake such feedback promptly, because if you don’t, you’ll fall into a common trap.

Employees who perform poorly on a regular basis will likely rack up a number of misdemeanours that need addressing. However, if you wait to address a whole bunch of them at once, you’ll end up holding a meeting that results in you simply delivering one complaint after another – never a good thing for employee morale.

7. Only holding a single annual review

Much like the perils of saving up several complaints for one big hit, settling on a single annual review can be a perilous HR decision.

Employees like to know where they stand regularly. They don’t like receiving every piece of feedback – good and bad – in one go each year. How are they supposed to digest all of that information? Which piece of feedback should they focus on first?

Try quarterly reviews, but remember to check in with employees regularly. Spreading the feedback throughout the year is better for everyone.

Poor feedback should be helpful, but if its laced with stuff that simply has no bearing or influence on the wider picture, it won’t be acted on by the employee.

Let’s consider a scenario where a worker has missed a deadline. The deadline has since passed – there’s nothing you can do about it, therefore the resulting discussion should be about how to prevent such instances taking place next time. If, instead, you start by saying “you missed the deadline for Project X and now Customer Y has decided to leave us”, you’re getting the meeting off to the worst possible start.

How can the employee learn from their mistakes? Focus your efforts there and not on the stuff that is superfluous (no matter how angry you are).

What happens if an employee later questions a piece of poor feedback you gave them three months ago? Can you remember the exact circumstances?

More importantly, can you remember why the poor feedback was delivered? If not, you’ll be in danger of losing the respect of the employee and losing sight of the positive steps that needed taking to mitigate future instances.

Always document the feedback you offer employees, whether it is good or bad. Take notes during meetings and encourage employees to do the same. That paper trail will be a vital asset in the future.

10. Forgetting the call to action

Like anything in business, an employee feedback session needs to end with a call to action. What do you want them to do? What are the next steps?

Ending the meeting without a call to action will benefit neither the employee nor the business. Feedback is a mechanism for providing solutions to problems or further action based on great performance. Use it wisely and don’t forget to tell the employee what you want from them following the meeting; they’ll need to know where to turn next.

Giving great employee feedback is a task every manager and HR professional enjoys, and the prospect of delivering poor feedback is understandably feared. Regardless, they’re both open to a number of common errors, as detailed above.

Follow our advice in this post, and you’ll be able to hold employee feedback sessions that do the job intended and continue to build that all-important emotional connection between worker and business, no matter how they’re performance has fared recently. 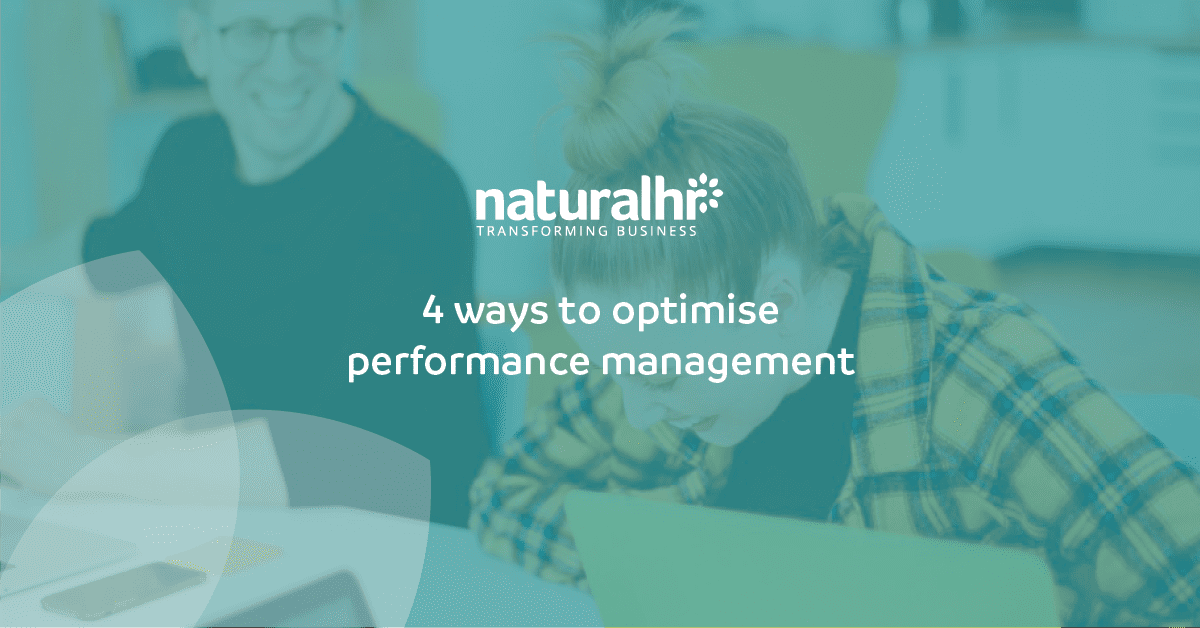 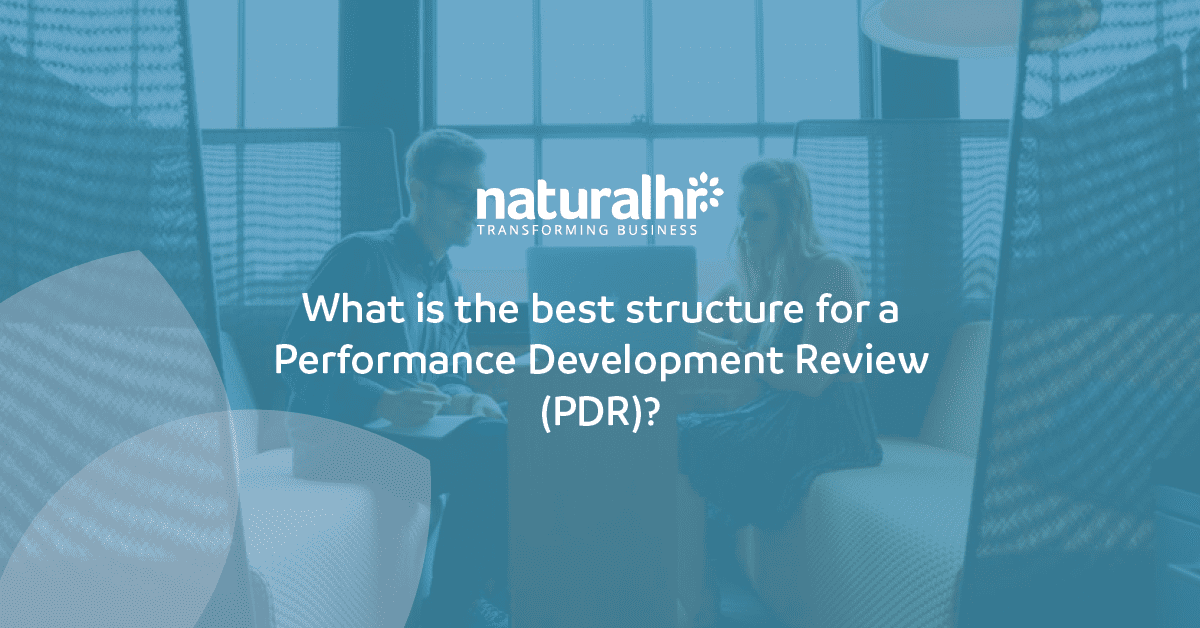 What is the best structure for a Performance Development Review (PDR)? 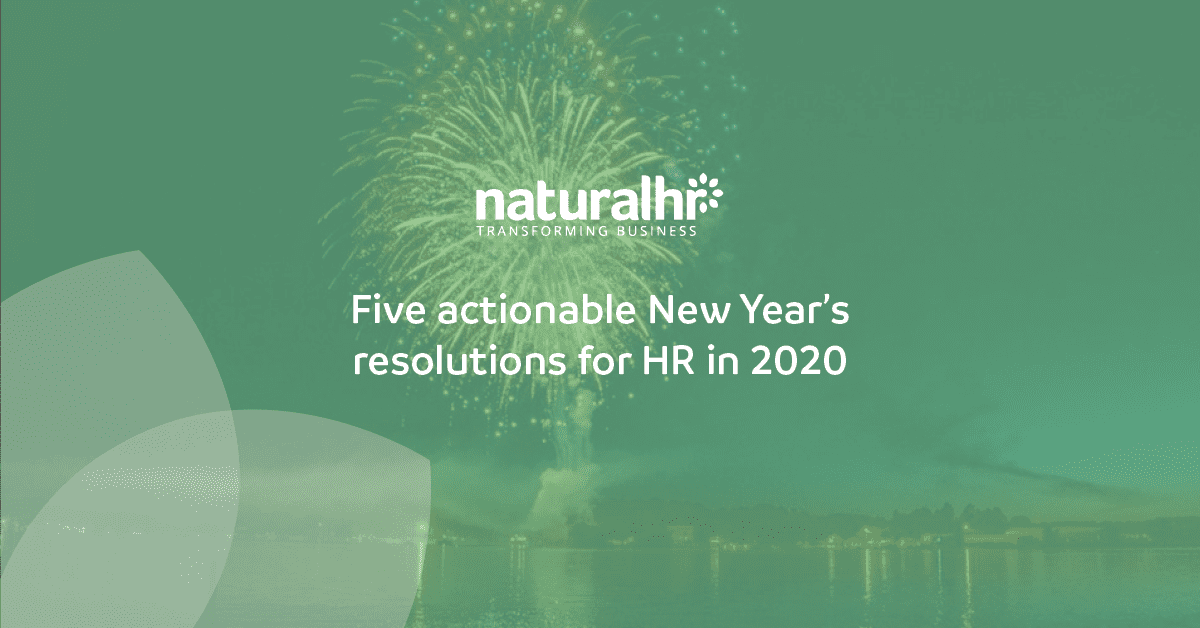