Women in leadership: Ignite your impact 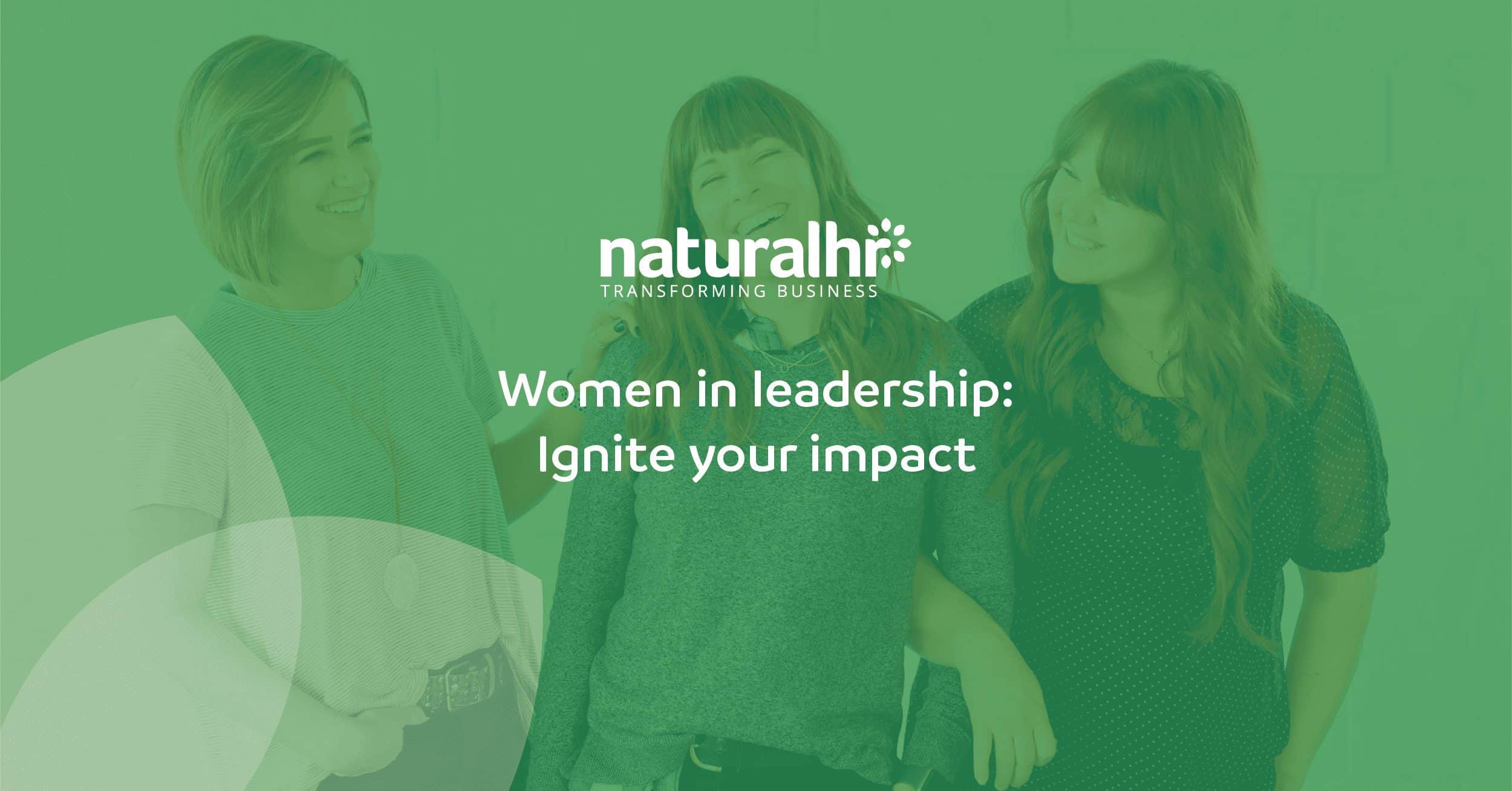 However, it will still be 170 years until women achieve economic parity on a global scale, according to the World Economic Forum’s Global Gender Gap Report.

In this episode, Capucine explored women’s everyday limiting habits taken from her coaching and facilitation experience while also sharing practical tools on how women can tackle their challenges head-on, focusing on three recurring themes:

Women empowerment in the workplace

Firstly, there is significant importance for organisations to make women feel empowered in the workplace. In doing this, you provide a platform for females to take total control over their careers.

Organisations still have an important responsibility for creating better policies and opportunities for women. You may want to start by addressing the following:

Once you have these in place, there are also two additional ways you can continue to support women in the workplace, providing them with support to flourish and helping them overcome the limiting habits which are holding them back.

One of the most significant limiting belief women have when it comes to promotion is thinking that your hard work is sufficient and will pay off.

Many women in the working world put in the hard work needed to progress their career. However, because of the complexity and time restraints managers have to deal with on a daily basis, they don’t always see and recognise the hard work their workforce is putting in.

Women need to actively prioritise promoting themselves and their work for their own manager and key stakeholders to see the hard work that goes behind the scene.

Women often do not feel comfortable with the idea of self-promotion, so one way that may come easier for them is to promote their team and team members achievements instead of themselves. This will not only serve their team members’ career by increasing their visibility, but it will also reflect positively on them as a ripple effect.

People often think that what prevent women from self-promoting is a lack of confidence, but more often than not, another phenomenon is at play, which is called the backlash effect. Women often refrain from self-promoting because they fear the backlash effect, which is the social and professional sanctions for failing to conform to gender norms. Research shows that the more successful a woman is, the less likeable she will be. These gender norms and barriers create limitations for what is acceptable for women to do or not do, but it also prevents them from talking about their own accomplishments, which is so essential to their overarching success from our previous point.

HR and line managers have a responsibility in increasing awareness of the backlash effect, but also in encouraging and normalising the practice of self-promotion. One way to do this is to ask everyone in your team to share one thing they are proud of at the beginning of your monthly team meeting.

To summarise confidence and self-promotion, there are three top tips that you should be integrating into your everyday routine, which will enhance your ability to progress your career.

To help transition into this second limiting habit, there is a statistic that justifies the importance of this challenge. A research study found that people who have a lower self-image will tend to underrate themselves in their 360-degree feedback reviews, putting themselves down and in the eyes of their peers.

However, it isn’t any distinct lack of knowledge that is holding these people back, it’s really about their frame of mind. It would help if you always were looking to push yourself out of your comfort zone to reach the growth zone. At first, you may find this challenging and uncomfortable, but confidence will be significantly enhanced once achieved.

A relatable quote from Caroline Myss, a New York Times bestseller, outlines, “always go with the choice that scares you the most, because that’s the one that is going to require the most out of you.” This message is clear, when you allow yourself to reach the growth zone, you’ll allow yourself to become the best possible version of yourself.

Despite this, we understand it is easier said than done. Sometimes when you try and reach the growth zone, you’ll stumble across a number of obstacles. One of the things that can impact your decision to stay in our comfort zone or go in the growth zone is your mindset. Always keep in mind the following:

To wrap up our second limiting habit, keep in mind these three tips when trying to reach and push yourself to obtain growth while creating a mindset that is only going to push you towards success:

When we do networking purposefully, we can change the trajectories of our careers.  A study of 30 businesswomen, which examined road maps for professional success, identified networks as the single best resource for women who want to advance (Safani). Similarly, a study conducted in 118 companies revealed how senior women executives felt that most of their advancement was due to having connections. Yet, the same study found that women lag men in networking ties, both inside the office and out (Rappaport).

To further their own ambition, women need to build those win-win relationships with others. Even so, a limiting belief that women often have is if they are going to ask others for help, that they’re just going to be using them. With this taking place, it creates two sides of the spectrum, either I’m building an authentic and genuine relationship, or I’m being a self-serving person because I’m using others., but where is the balance in that?

So, it all comes down to how women can be more purposeful with their networking and using the right mindset to understand leverage is a win-win relationship, and they actually can bring much more value than they think to the other person.

In order to combat this gender norm, and start to create those vital win-win relationships, it’s ever so important to keep in mind the three following tips:

Guide to understanding a probation period

What are the common problems in performance appraisals?