HR and payroll software for the technology industry

Helping the technology industry to better engage, manage and pay their people.

The UK tech sector raised the third-highest amount of venture capital (VC) investment in the world (behind the United States and China), hitting a record high of £15 billion – a significant proportion of the £43.1 billion raised by European companies. However, most of the capital raised by UK firms (£10.5 billion) went to those in London.

Data from the previous year suggests that the IT industry is making encouraging strides, with job openings increasing by 50 percent from the year’s low point in July. Since then, vacancies have climbed at a monthly average of 2.6 percent, with 75,353 open job adverts in November alone (Tech Nation: UK tech sector shows growth and resilience).

Despite these encouraging statistics, only a minority of global tech CEOs (42%) plan to upskill more than half of their workforce in digital capabilities during the next three years.

This leaves HR leaders with the uphill task of leading the transformation of their company. Natural HR’s all-in-one HR and payroll software can help you better nurture valuable talent, align your mobile workforce and prepare to immerse future technologies.

despite this, only half of the corespondents have a transformation plan in place

What are your ongoing challenges?

The transition to AI and the automation revolution has been accelerated by recent events, with at least 54% of all employees.
requiring significant re- and upskilling.
2

Since the pandemic, the tech sector has seen a surge in remote working, with Facebook and Google leading the charge, highlighting the need to connect and engage remote workers.
3

In wake of Generation Z officially entering the workforce, demands are changing, and so must perspectives to attract and retain the best talent for the future of work.
4

The technology industry will not need telling twice to amplify security measures, but it’s technology itself that has sculpted how HR now has to adapt to new compliance efforts.
5

Even the smallest businesses heavily rely on data and connectivity. As a result,
IT disruptions have become more expensive than ever, with a break in continuity costing up to £10,000/hour at minimum.
6

73% of organisations have at least one application or a portion of their infrastructure in the cloud, allowing for more strategic APIs and integrations in order to disperse multiple systems. 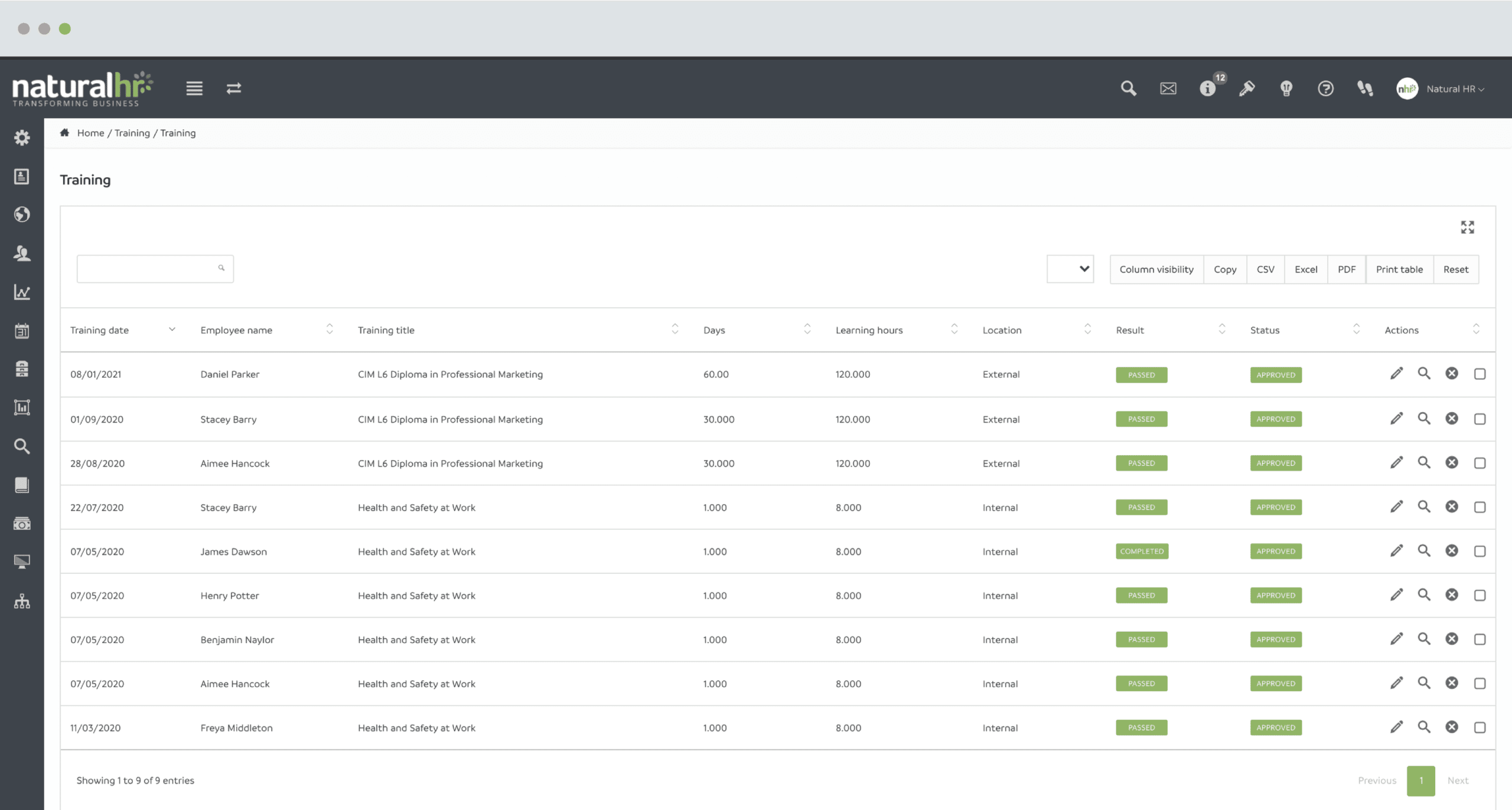 Develop a strong learning culture while providing training that supports rapid change in the fast-paced industry. Streamline each crucial stage of your recruitment process, from creating the job adverts to analysing hiring costs.

”We work with world-leading software. That’s what we sell to our customers. Not having an HR system that was fit for purpose, if not best in class, just didn’t fit with our culture.

Natural HR is used by hundreds of businesses across multiple countries around the globe, including Solid Solutions, a leading CAD software supplier.

Upon joining the business to form the HR department of one, HR Manager, Helen Scares relied on limited internal systems to manage and engage employees, with even the simplest of data requests becoming a challenge.

Natural HR has since enhanced Solid Solution’s employee experience, befitting of a business at the technological edge. This is done by having centralised employee data that facilitates simplified reporting.

Implemented in the Autumn of 2018, the Natural HR system had seen high adoption rates right across all business functions – with Helen quick to praise the system as an ‘easy sell’ to the workforce.

Impressed by the continuous improvements, there’s still plenty more functionality to explore. Helen is eager to roll out more of Natural HR to the company, which sees her attention shift to the recruitment module.

Transform the way your HR department works. Book Your Demo